Amy and Matt could not have known that their neighborhood walks would start them on the path to an exciting, life-changing project. Exploring their neighborhood, the “ugly duckling” house on the block would catch their eye. Out of curiosity, they decided to set up a tour.

Abandoned and overgrown for three years, they were not initially looking to buy, but stumbled into a house they couldn’t pass up. “Walking through the front door, we wondered how it was vacant,” Amy remembered. After seeing the space, buying and renovating the house that had captured their attention made perfect sense. 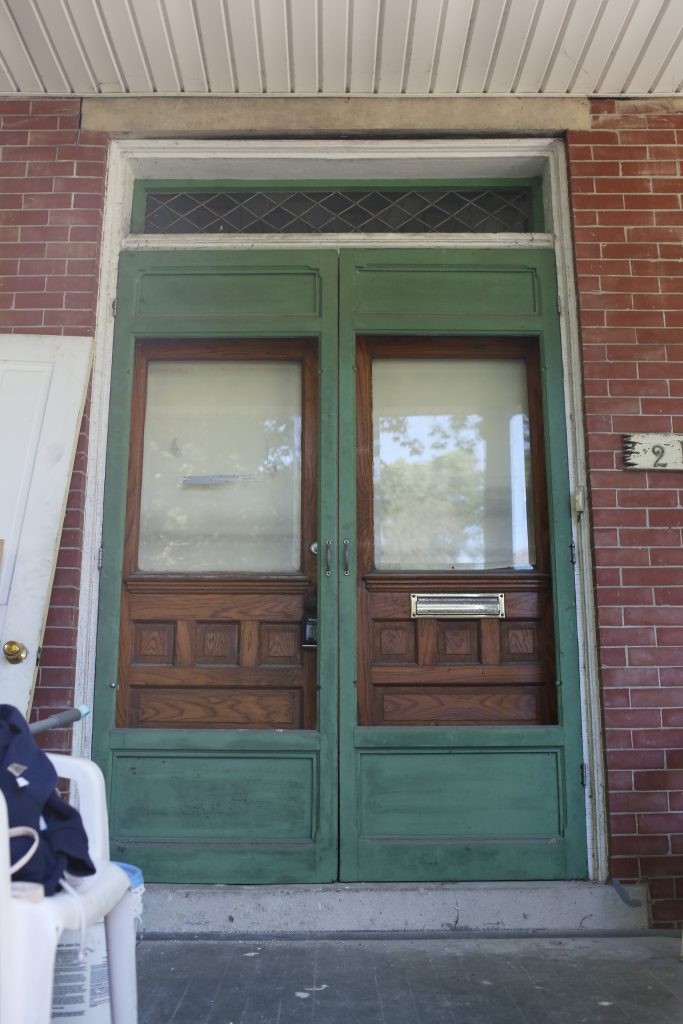 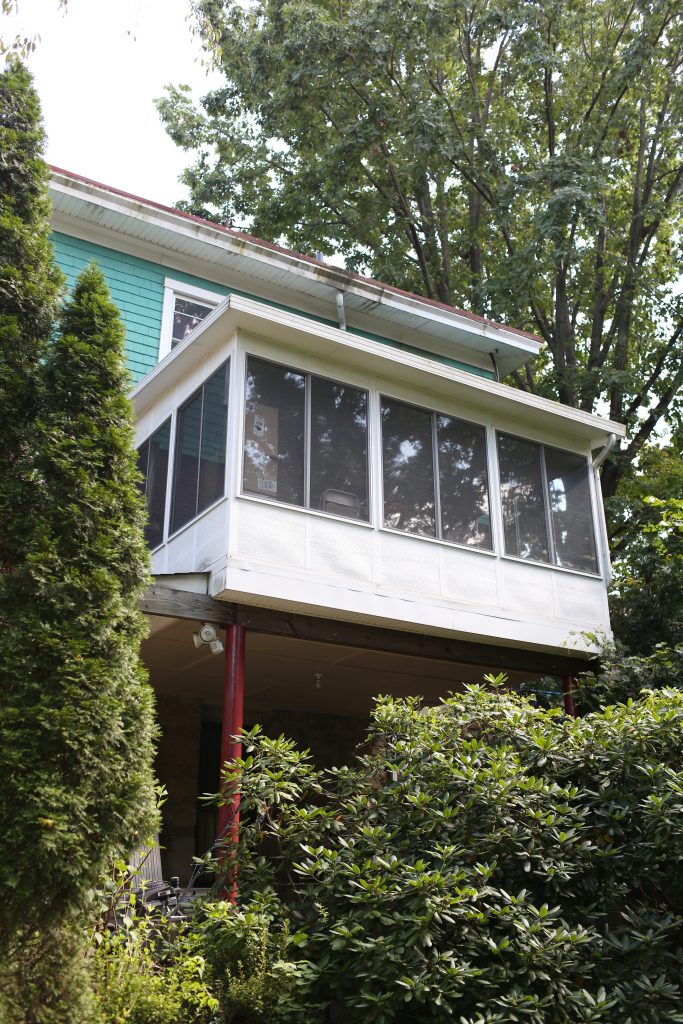 The kitchen might have been their biggest project, but it turned out to be their favorite part. The kitchen floor was literally caving in when they started the renovation. It had to be redone from top to bottom, which gave them the chance to make sure it was exactly what they wanted. 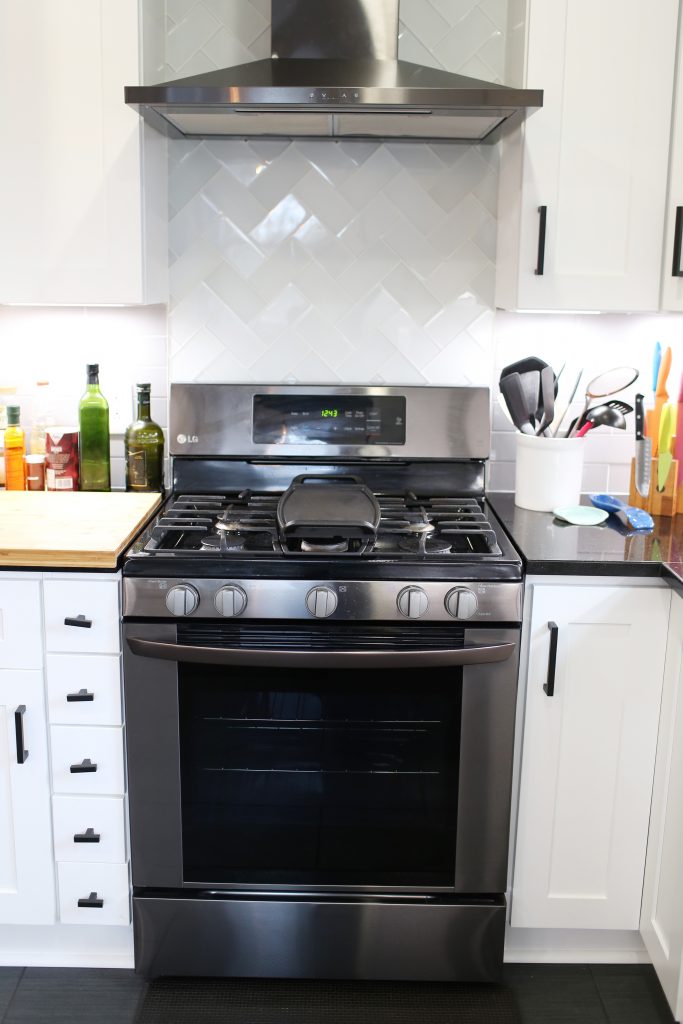 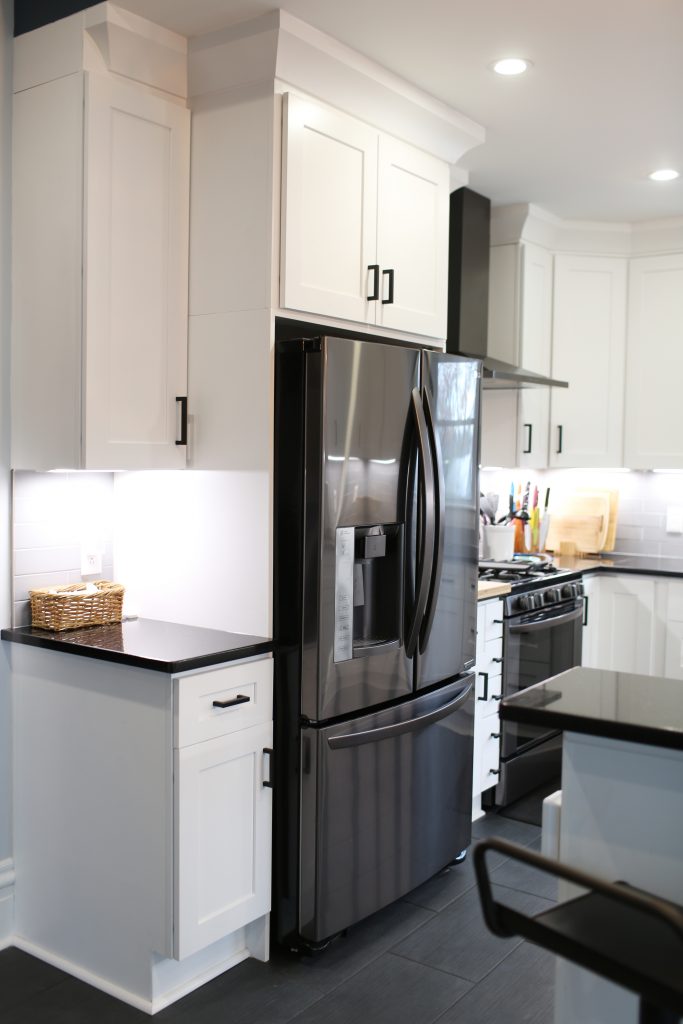 For Matt, their dream home became a reality once the kitchen cabinets were in. “We love to cook together and reaching that point in the renovation, I could imagine us in that space. I felt what it would be like to live here.”

We love to cook together and reaching that point in the renovation, I could imagine us in that space. I felt what it would be like to live here.

Amy’s sunroom is one of her favorite rooms and she is grateful they added on the extra cost to create its transformation. The sunroom was originally a porch but was converted before they bought the house. It had an old exterior door and window looking into the room. “We weren’t sure in the beginning but made the choice to replace the old door and window with a sliding glass door. The light it lets into the kitchen is beautiful! It was the right decision to make.” 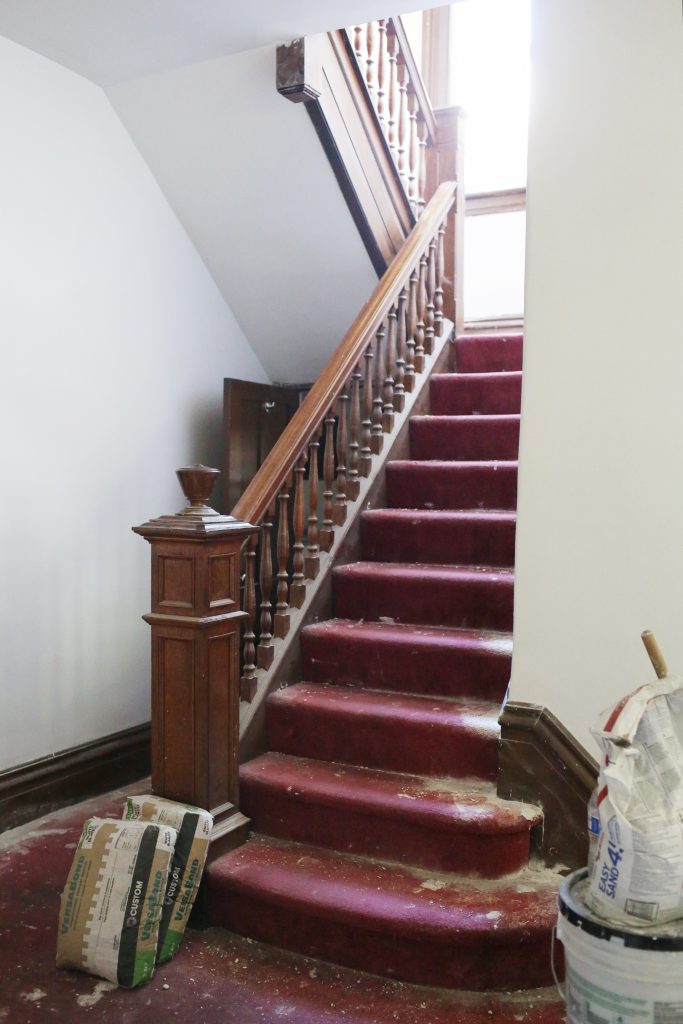 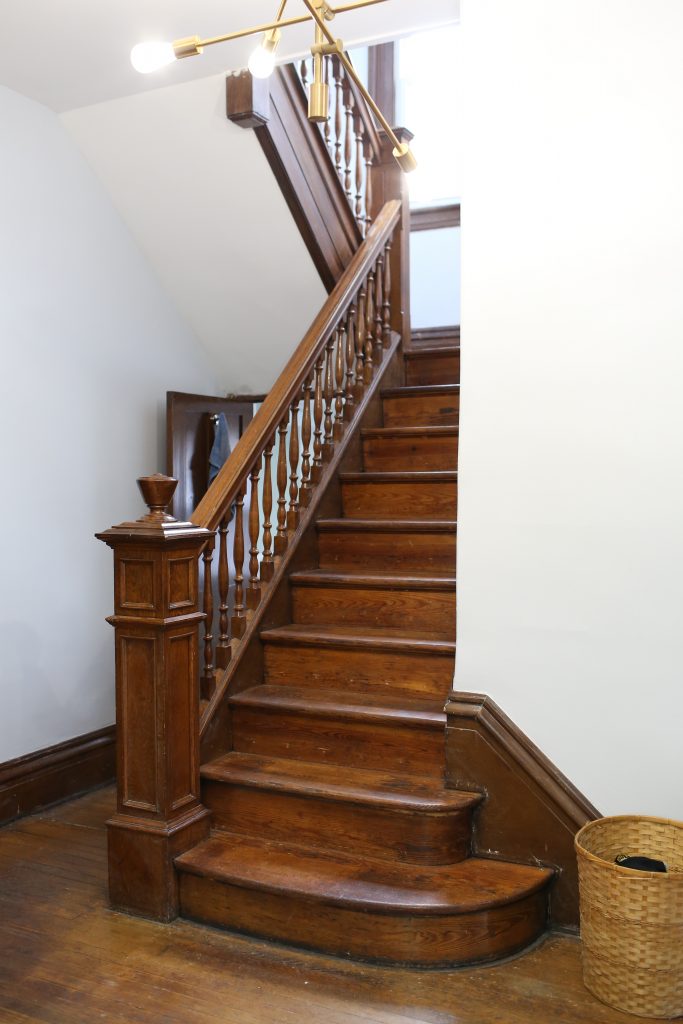 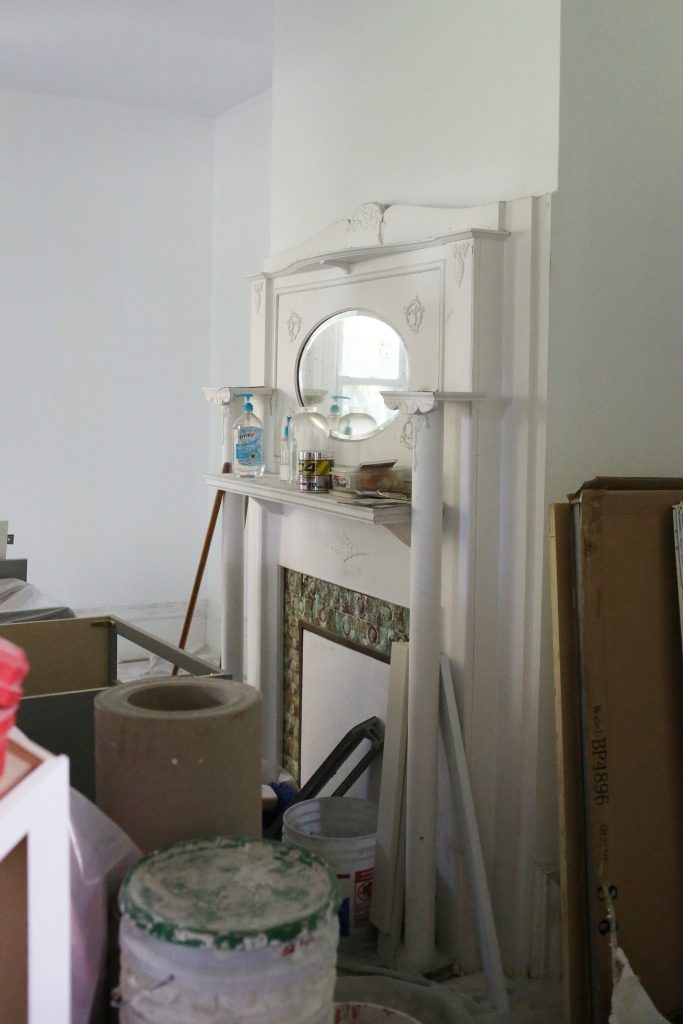 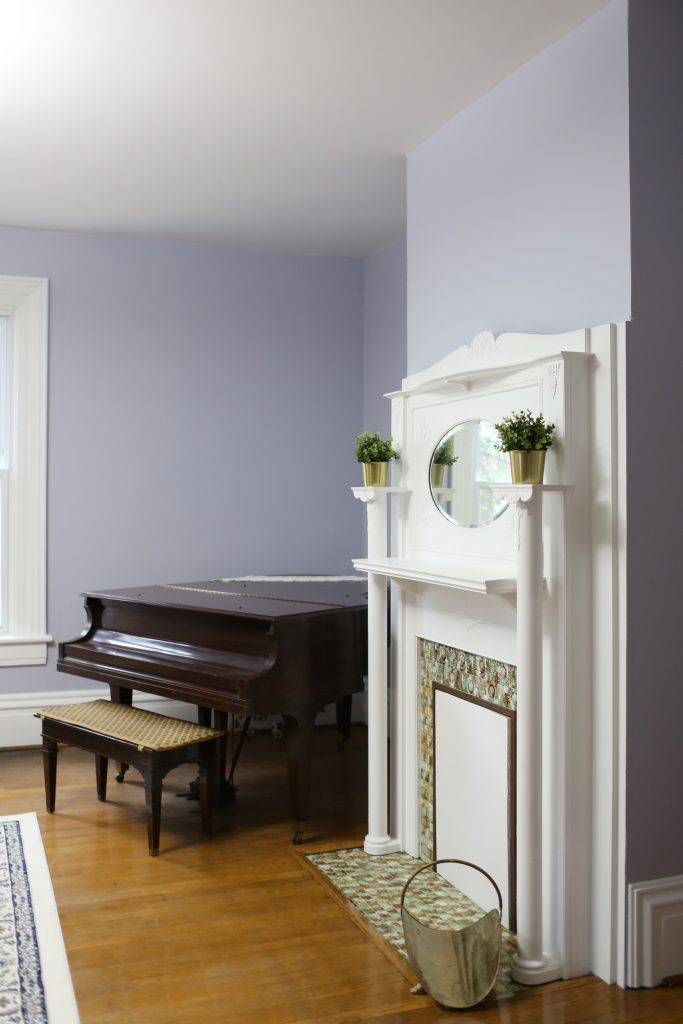 Sometimes you don’t get it right on the first try. In Amy & Matt’s case, the paint in the piano room didn’t quite turn out how they expected it:

Once we got that what-we-thought-would-be-grayish paint up, I was not a fan. We’ve since painted the room a dark dark blue and love it so much more. 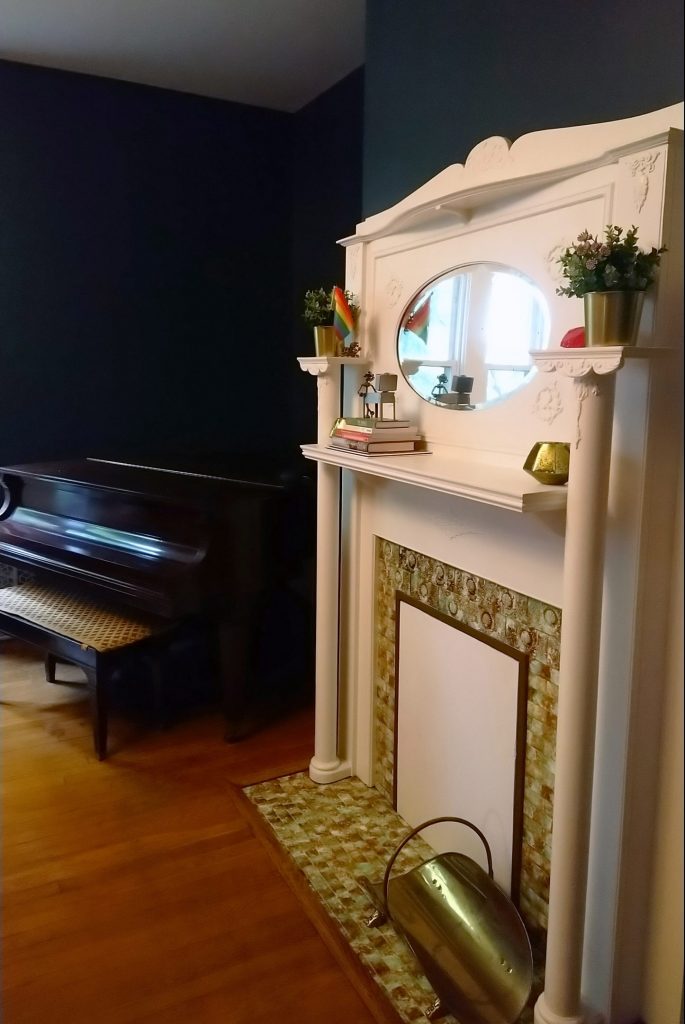 Having to estimate the budget in the beginning when the renovation had several unknowns was the hardest part for the couple. “You don’t know until you know,” Matt explained. “Structural issues were the biggest unknown. Thankfully we went in on the high end and the total cost came out less than estimated.” A structural support beam was one of the larger repairs they were unsure about until after they started demolition. “Whenever you buy a house, the owners don’t really want you digging into the plaster beforehand,” Matt joked. 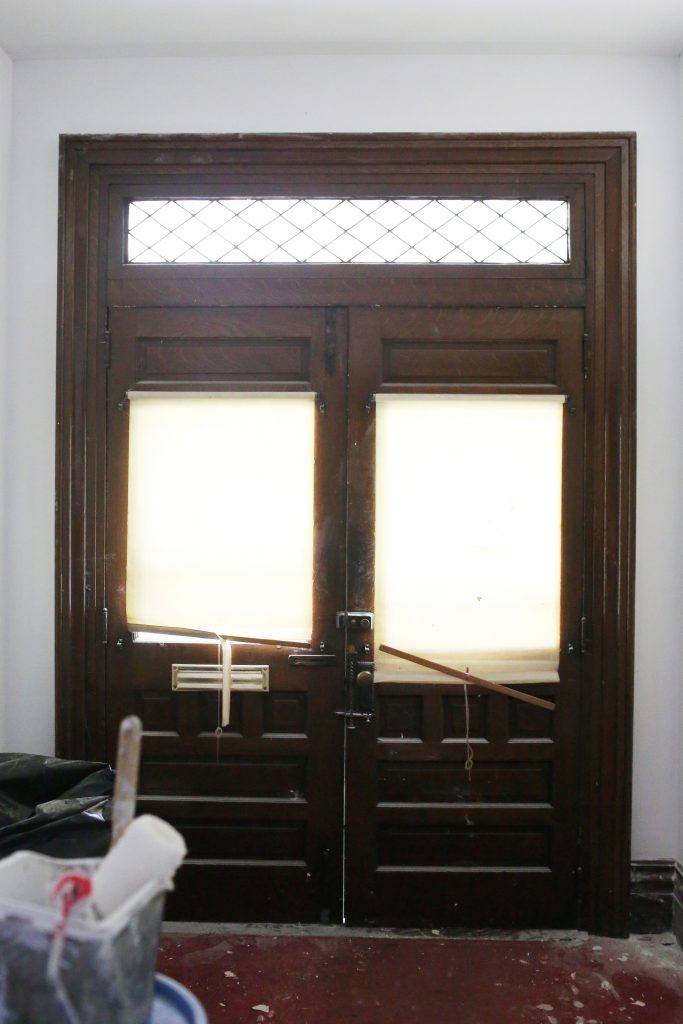 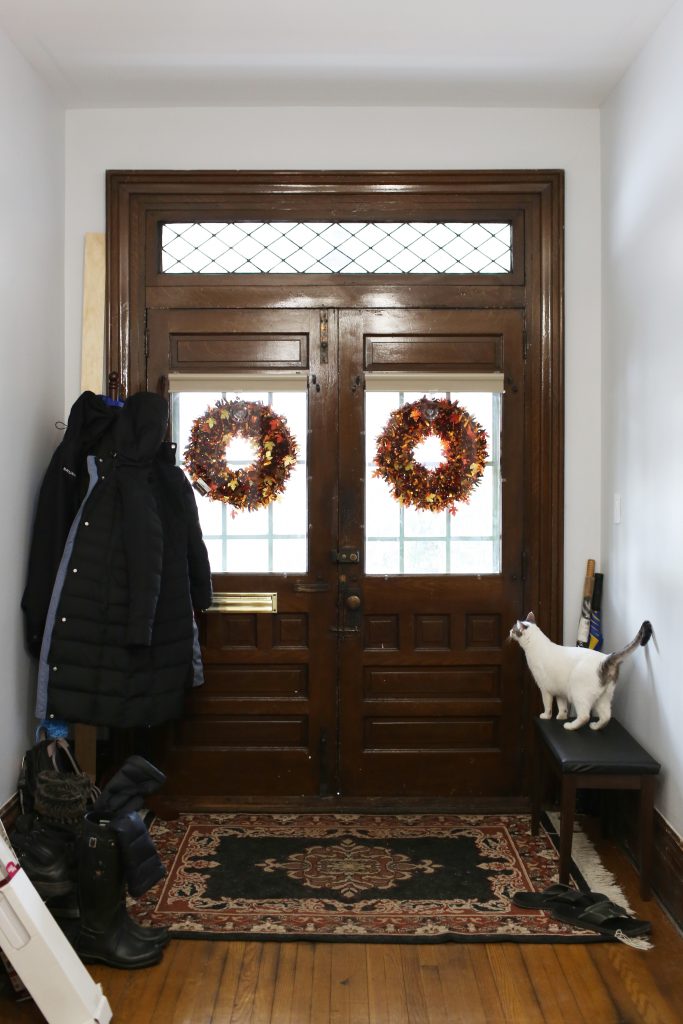 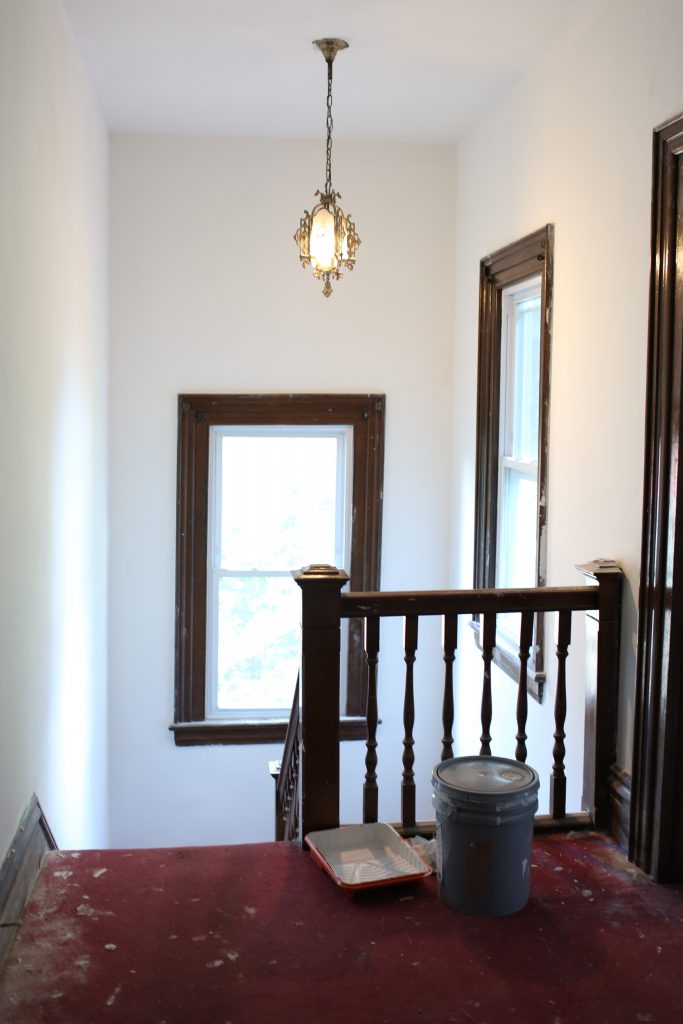 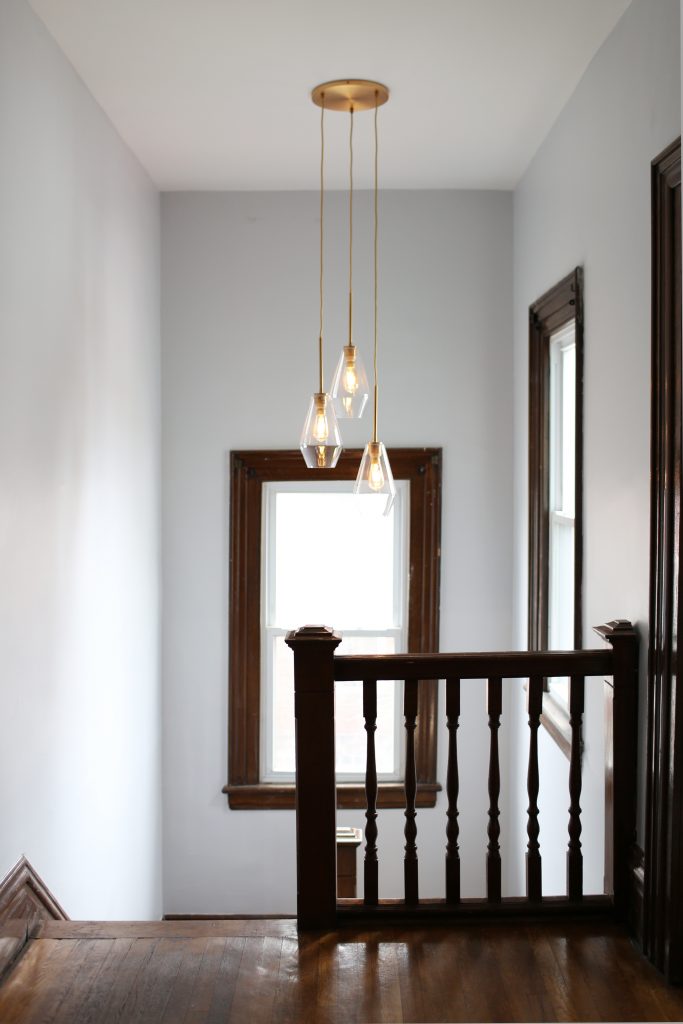 After a little over 6 months, they were able to move into their new home. Looking back through the process, the best decision they made was choosing their contractor. “Don’t look at the cost, look at the attitude of the contractor,” Amy advised. The couple chose the middle bid out of three submitted, from Essig Renovation and Design. Their personalities were a great fit.

– Amy, on choosing a contractor 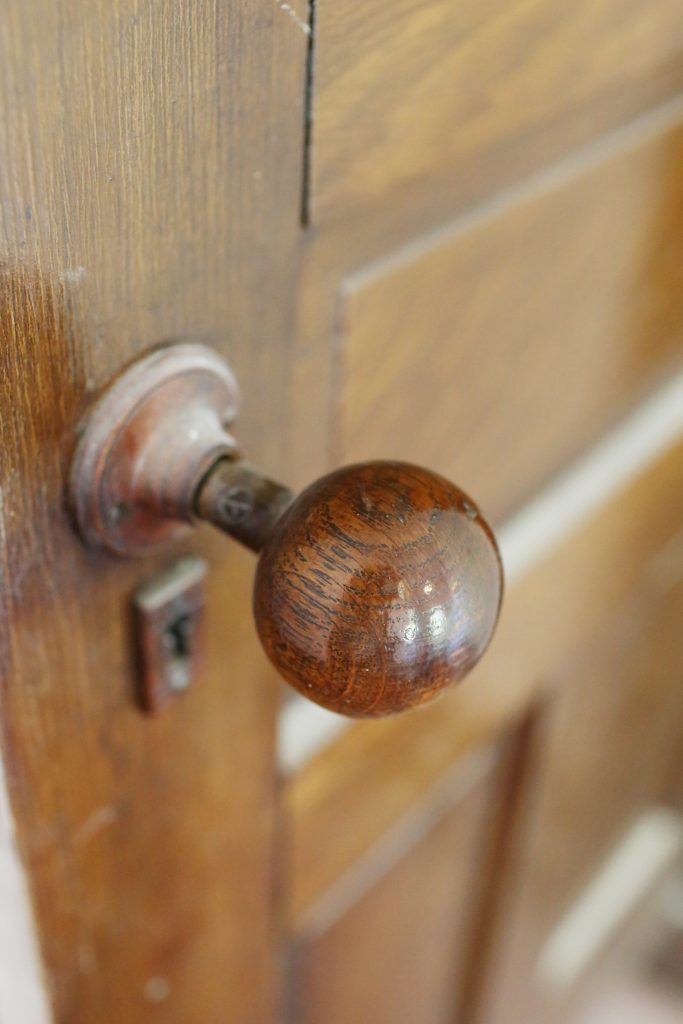 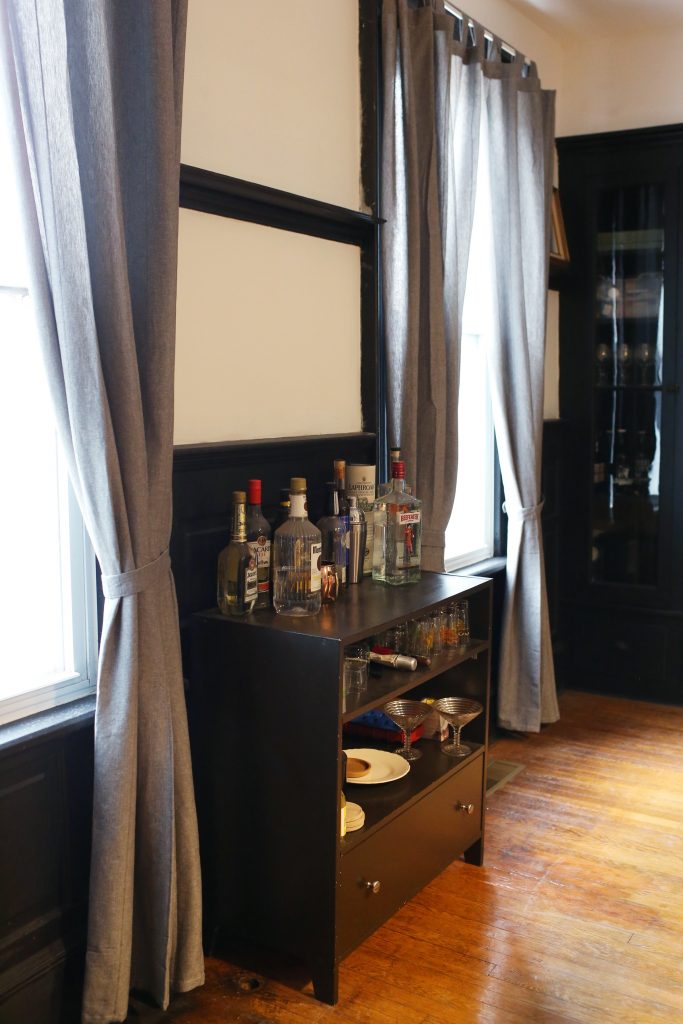 Amy remembered the original wooden doorknobs in the house and how thrilled her and Matt were after discovering them. “Showing the estimator, they were equally as excited for us. Being able to share in the little things with the people who are building your vision keeps the energy going.” 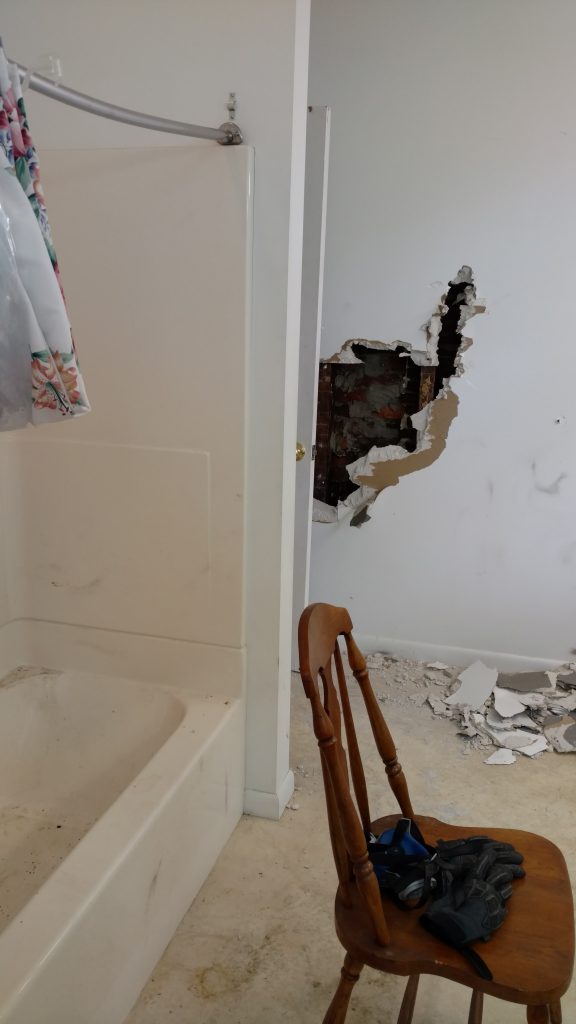 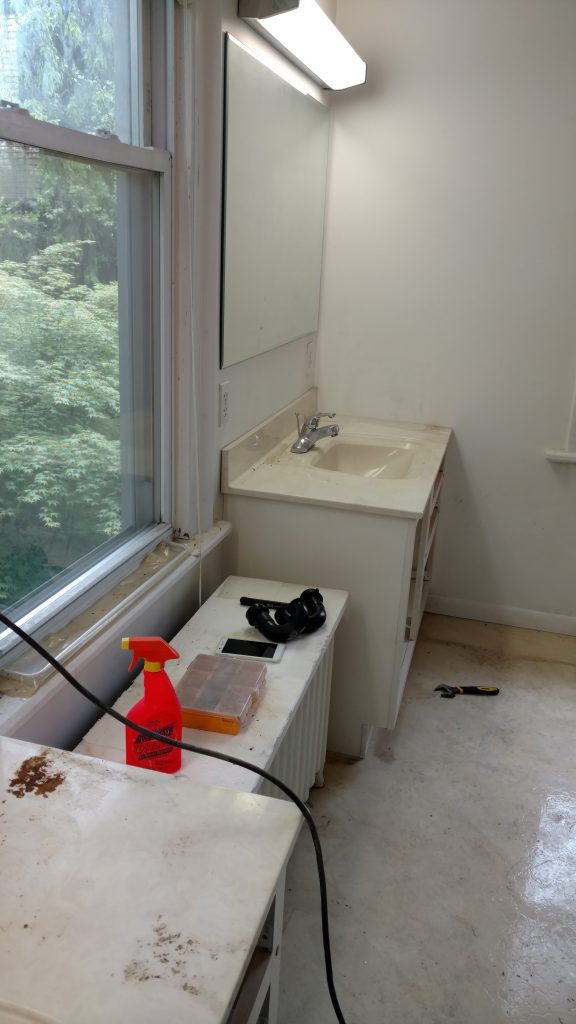 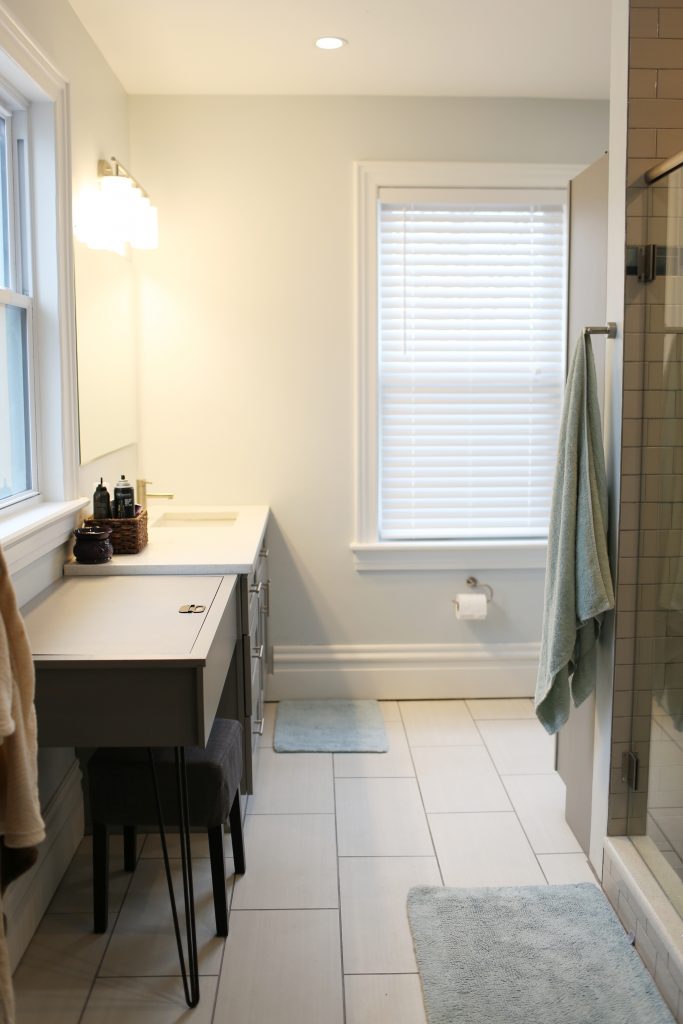 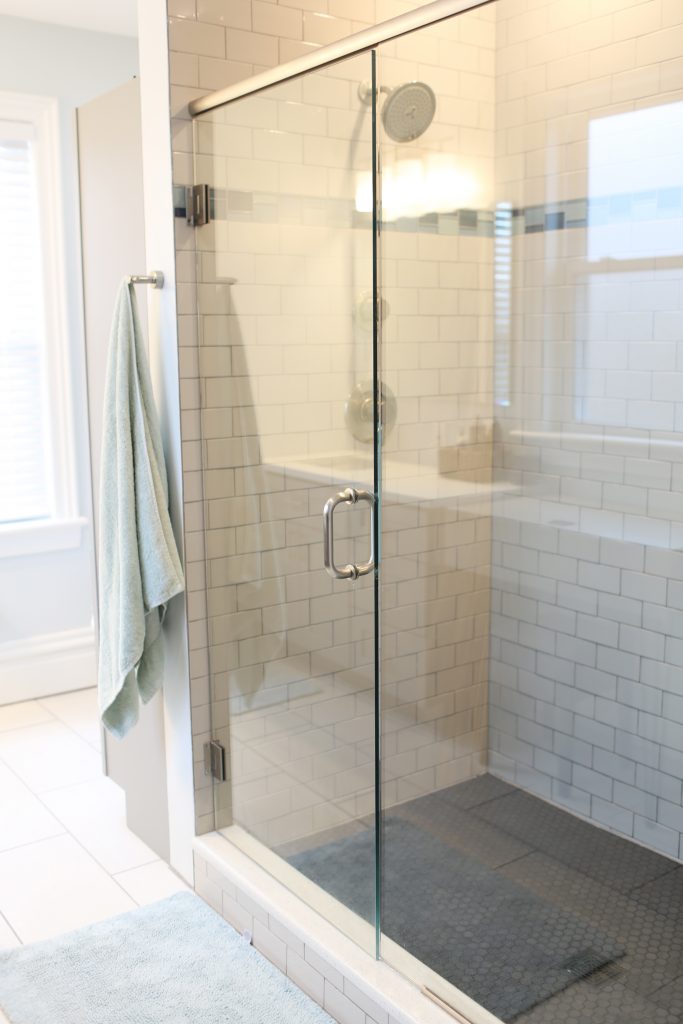 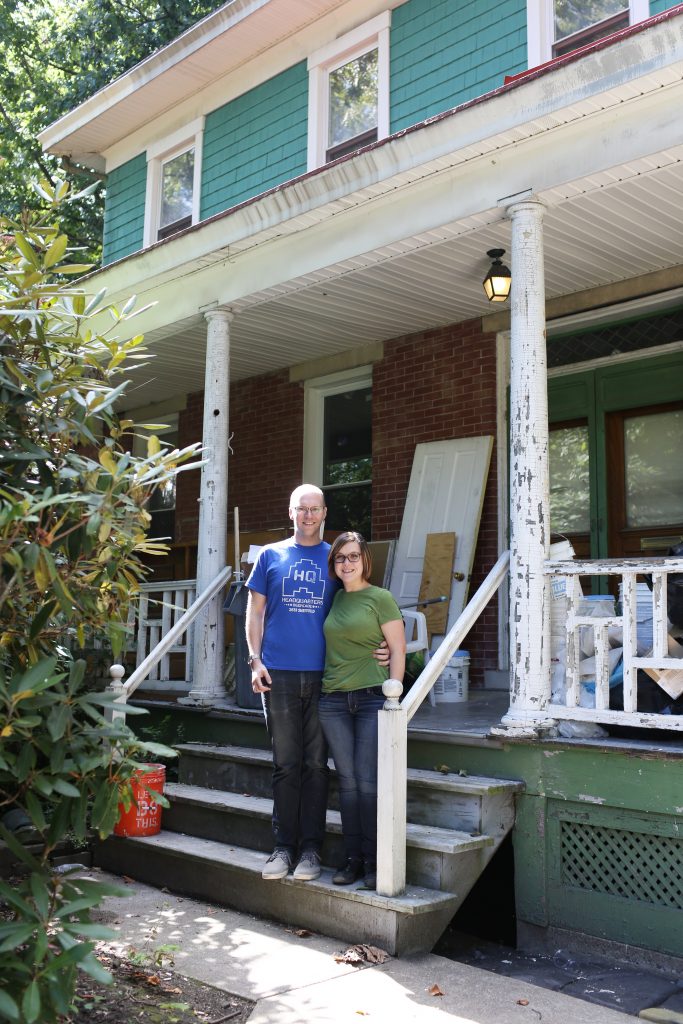 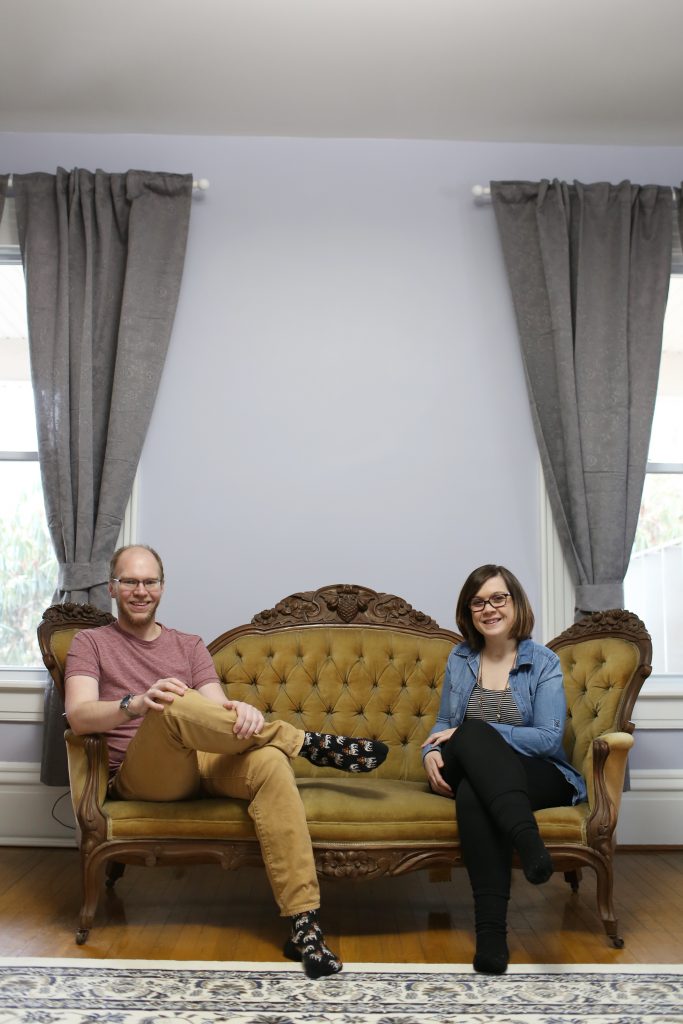 For over 20 years we've helped people turn houses they like into homes they love.

If you have questions or are interested in starting your own renovation project, get in touch with us today.